Under the context of the global phenomenon that each year gains more followers, Mimesoft S.L., the company dedicated to the creation of videogames and multimedia development, has incorporated its first virtual padel player into ‘Heroes of Padel’, Matías Díaz, a StarVie player and number five in the world.

Comprising 32 players and different competitions, ‘Heroes of Padel’ is 3D simulation of padel which replicates the sport totally true to life. This videogame is available on iOS and Android and currently has 130,000 downloads.

Thanks to the support and sponsorship of StarVie, the Spanish padel brand, they have been able to model Matías Díaz in 3D and replicate all of his moves with exact precision after a careful analysis of videos of him playing. 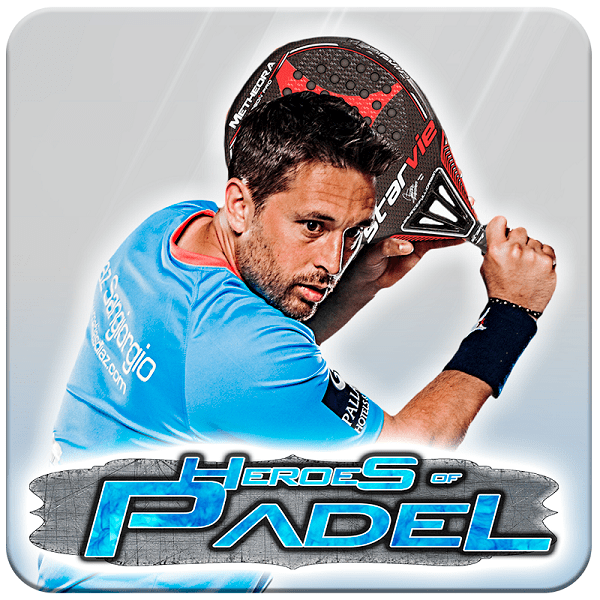 For the world number five ‘it’s a great honour to be part of this fantastic project. I am very excited to be the first virtual padel player in ‘Heroes of Padel’, the only videogame of this sport available on the mobile or tablet.’

What’s more, ‘Heroes of Padel’ brings further improvements with respect to the previous version and they have made a big effort with the programming. They have practically re-written from zero all the artificial intelligence using the best algorithm calculations which means the game feels more real.

Better playability is another improvement. The developers at Mimesoft S.L. have opted to change the touch movements of the past versions for a joystick with three buttons to enhance the playing experience.

Javier Minaya and Javier Melus, the creators of ‘Heroes of Padel’ understand “that the jump in quality of the game is indisputable. The graphics are much more real and above all the playability is now more complete with the buttons. Because of this we expecting that the users will enjoy the game much more than before.”

For the coming months Mimesoft S.L. are continuing to work on a version for the PC and consoles, which will allow more detailed graphics still and will include female padel players. “All this would not have been possible without the support of StarVie. They have given us the encouragement and energy to continue improving day by day,” assures the founders.

“At StarVie we are totally committed to the development of new, quality projects, ‘Made in Spain’. We want to be pioneers in digital initiatives and for that reason it is a true pleasure to support Mimesoft S.L. and in addition to combine the best, innovative technological tools with expert professionals,” comments Edgar Dorado, Marketing Director of StarVie. He adds that “it is very positive for padel to have such a high quality videogame like they have for other sports. What’s more, this digital initiative allows us to publicise the sport on a global level, and in the case of StarVie, to be able to promote our brand all over the world thanks to the aspirations and success of the project.”

You can download ‘Heroes of Padel’ from Google Play or iOS.

🎾Improve your padel with the StarVie collection